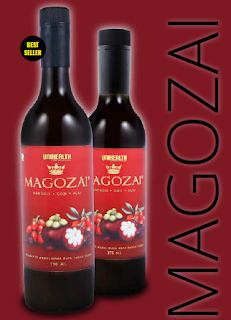 Free radicals are one source of disease that triggers various kinds of serious diseases, such as heart attack, stroke, diabetes, neurological disorders, premature aging and even cancer! Free radicals generally come from within the human body, due to stress and fatigue, and from the outside like exhaust & vehicle pollution, fertilizer, preservatives, viruses, and excessive use of chemical drugs The body is constantly exposed to free radicals, will be very susceptible to disease, ranging from fever, ulcers, wrinkles, black spots, cataracts, impotence, diabetes, Parkinson’s, stroke heart attack to cancer !
Superfruit Radical Abuse Free!
Have you seen ad impressions on television or articles on mangosteen and skin usefulness? Yes, mangosteen is one type of fruits local is quite popular by all among Indonesian society. In addition to meat the fruit to be consumed, it turns mangosteen peel has many benefits. Mangosteen skin is considered special because it has xanton compound content. Xanton compound not found in other fruits, by therefore the mangosteen is dubbed as queen of fruits. In the human body, these compounds function as antioxidants, antimicrobials and anti-inflammatory
Xanton is a powerful antioxidant needed to ward off free radicals in the body. But unfortunately, mangosteen skin can not be so just consumed raw because it tastes certainly not good.
In addition to mangosteen peel, goji berry also has Similar efficacy. Goji berry is already known in the country east asia since 2000 years ago often used in various cuisines, such as soup and porridge.
Goji berry is already used in medicine traditional chinese since dynasty tang era (1000- 1400 sm) to date.6 With the content antioxidants and zeaxanthin in it, goji berry known by the name “fruit longevity” because has benefits to prevent premature aging on the skin, helps ward off free radicals, and help lower the risk of exposure heart attack.
Açai berry is also a fruit that also has antioxidant content therein.8 Although not familiar in the ears of Indonesia, açai berry has been exploited by the people who is in the interior of the amazon jungle. The fruit is even have entered Oprah Winfrey’s talk show, because of its proven properties in the field medical. The content of antioxidants in açai berry, able to help lower glucose levels in the blood and help lower the numbers LDL (Lousy Cholesterol) in your body.
Efficacy of Mangosteen Skin Extract, Gozi Dan Açai:
1. Repair of body cells damaged by radicals free
2. Reduce the risk of Hypertension, Cholesterol, stroke and heart
3. Reduce the risk of Tumors and Cancer
4. Anti-inflammation, and lower risk infection
To get all the Benefits of the Skin mangosteen, Gozi and Açai berry, you can find it in MAGOZAI, which contains 3 pieces are rich in antioxidants ie, skin extracts mangosteen, Gozi and Açai and 4 additional fruits such as Carrots, Grape Seeds, Beet Fruits and Fruits Cranberry.
The benefits of Magozai you can feel with consume 2-4 sloki every day.
Magozai Has Antioxidant Content high based on the ORAC (Oxygen Radical) test score Absorbance Capacity) at Brunswick laboratories United States of America. The higher the ORAC value the better Antioxidants can counteract free radicals causes of various diseases.
Share this Facebook Twitter Google+Buffer