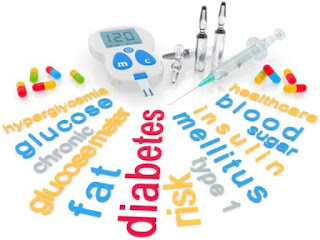 A patient seemed a bit confused when I told her she had diabetes mellitus. “Why do doctors?” asked the patient. “Whereas I rarely drink sugar dock, and my parents are not diabetic, my brother too.”

Although diabetes mellitus is not a foreign disease as the case increases over time, but understanding, understanding in most patients seems to be lacking. In fact, the understanding of this disease determines its way forward with all its consequences. Moreover, as is known, diabetes is a lifestyle disease. Attitude, behavior, how you respond to the disease is crucial whether you can live with it or become a victim.

Like the patients above, many other patients consider diabetes just because drinking only sugar water. If you do not consume sugar, it is not possible to develop diabetes. And if the blood sugar level is high, it will automatically be normal again. Diabetes is also necessarily good on its own. So, want to eat anything, rice, cake, bread, cassava, crackers, potatoes, canned drinks, not a problem. Especially if you eat for free when there is an invitation, invited friends, anything that goes into the stomach is considered not a problem as well

Hereditary factors are also often used as a culprit of diabetes that he suffered. So, if there are parents who have diabetes, then he is also affected by the same disease, it is fine. Whatever is done, it will not be of much use to prevent or treat it. If there is no parent, family, relative with a diabetic, the patient may not be able to tell them.

Most patients also assume that if the blood sugar has been said to be normal, then the patient often thinks his disease has healed. Therefore, no longer need diet, exercise, medicine or control. When the patient is injured, and the wound can heal just like that, the patient also assumes that even if his blood sugar is high, high blood sugar is also considered not a problem. And even, the patient does not believe that he has diabetes mellitus. Thus, the risk of incident complications of diabetes such as blindness, kidney failure, amputation, neurological disorders is quite high and occurs earlier.

In fact, until now diabetes is still regarded as a disease that will accompany you for life. So once you are diagnosed as a diabetic, forever be with you. In some cases you may not need medication, but diet, maintaining a normal weight of exercise remains the choice of your life.

Some patients who suffered injuries typical for diabetic patients, such as do not disputed the wound. Although I see, the wound began to rot, just because the patient did not feel the pain of the wound. So, if the wound does not hurt – in the event of loss of pain due to damage to the peripheral nerves due to complications of diabetes – for some patients it is not addressed as something serious. This also I see as an important factor, diabetics to be late getting the right treatment by doctors. Many diabetic patients experience amputation because of this delay.

In the community also circulated a kind of understanding, or the term “dry diabetes”, and “wet diabetes”. According to them, although high blood sugar levels, but no injuries, an infection in the leg for example, it is also considered to be okay, and this is called dry diabetes. Such assumptions can be fatal, such as hyperglycemia and newly discovered chronic complications in advanced stages.

Many other misconceptions, wrong in the community related to diabetes that began to skyrocket in Indonesia. This mistake can be fatal, such as complications that can threaten their quality of life. Therefore, socialization, education about this disease is very important. (source : Kompas)